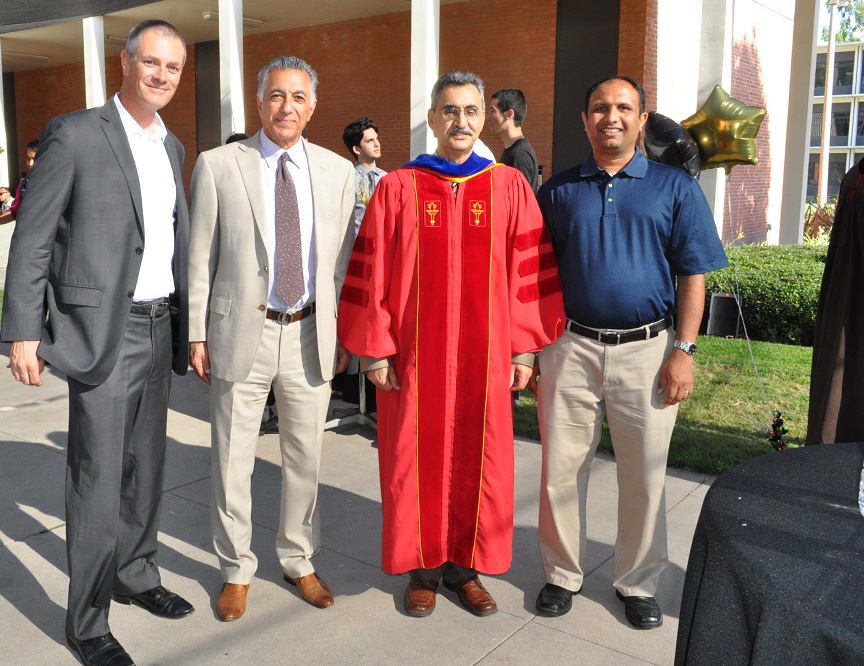 “It’s been an interesting ride,” he said, adding that he chose CSULB over Cal Poly Pomina after receiving a tour of the machine shop and labs from equipment technician Mike Fritz. “That alone is what made the decision,” Ahlberg said.

He advised students not to turn down opportunities, and take advantage of peers as resources. “The best technology out there is your peers,” he said.

The Department Graduation also served as an occasion to remember longtime volunteer Charley Hoult, who passed away late last year after a short illness. Charley Hoult and his wife, Janet, mentored MAE students for decades. The MAE is establishing an award in their honor, the Janet and Charles Hoult Outstanding Leadership and Service Award.

Janet Hoult received the Outstanding Volunteer and Service Award. Janet Hoult, who teaches poetry to senior citizens, read some lines of poetry her late husband wrote. When the CSULB rocket group competes in New Mexico next month, some of Charley Hoult’s ashes will be aboard the rocket. “Students believe we cannot lose with him on board,” she said.

The student recipients of the Janet and Charles Hoult Outstanding Leadership and Service Award were Diana Castro and Erwin Joell King.