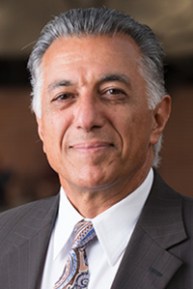 “I am very honored to be recognized with this distinction,” said Golshani, who has served as the college’s dean since 2007. “I am both personally and professionally dedicated to equality. At Long Beach State, we work hard to ensure that each of our students, who come from diverse backgrounds, has an equitable opportunity to excel in their engineering education.”

As Dean, Golshani has initiated student success programs that have reduced time to graduation and improved freshman persistence rates, and implemented an enrollment system to focus on women, underrepresented groups, veterans, and persons with disabilities. The College has earned high rankings for issuing degrees to members of underrepresented student groups.

During Golshani’s tenure, the College’s enrollment has doubled to nearly 5,000 students and programs have expanded to meet student and industry needs. A Fellow of the National Academy of Inventors and IEEE and the author of more than 200 articles, he holds a dozen patents and was the founder of several successful startups.

Golshani is the recipient of a 2015 Restoration of Cultural Property Award from the Public Art Protective Services for his leadership in restoring a historical canoe. He was named 2010 Distinguished Dean by the Los Angeles Council of Scientists and Engineers, and 2009 Distinguished Engineering Educator by the Orange County Engineering Council. IEEE Computer Society honored him with a 2005 Award of Excellence and a 2006 Meritorious Service Award.

The dinner will be held Thursday, Nov. 2 at the Long Beach Hilton. Other honorees include: