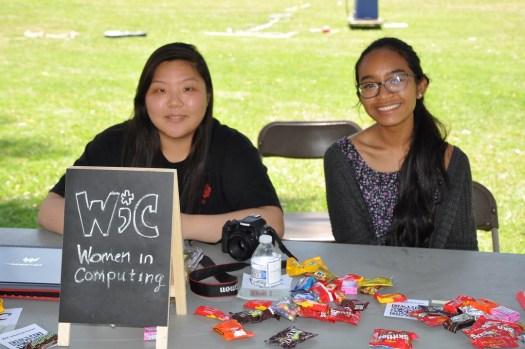 Nikki Nguyen and Samantha Hangsan are both computer science majors. Despite that, their paths didn’t cross until a professor introduced them.

By starting the College of Engineering’s newest student organization—Women in Computing (WiC)—the pair hope to build a close-knit community where people of all identities can pursue their interests to positively impact the future of technology.

WiC co-presidents Nguyen and Hangsan created the club not only to encourage women to pursue degrees in computer science and computer engineering, but to build leadership skills to succeed in their careers and inspire future women in technology. END_OF_DOCUMENT_TOKEN_TO_BE_REPLACED 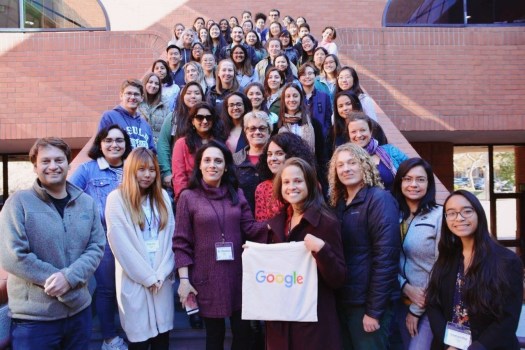 In most university computer science classes, women are a minority. But at last weekend’s exploreCSR workshop at California State University Long Beach, the opposite was true. 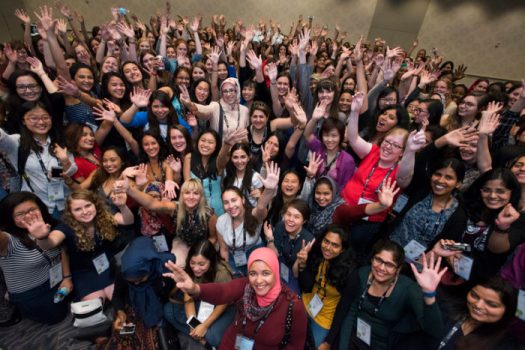 Computer science major Alejandra Gonzalez had that same sense of amazement at being surrounded by so many successful women in technology, such as Dr. Fei-Fei Li, Professor and Director of Stanford University’s AI Lab and Chief Scientist at Google Cloud AI/ML, and Melinda Gates, a former Microsoft product developer who is now co-chair of the Bill & Melinda Gates Foundation. “I couldn’t believe there are that many women interested in technology,” she said. END_OF_DOCUMENT_TOKEN_TO_BE_REPLACED 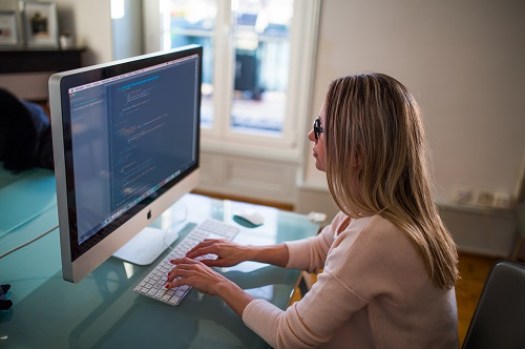 At Claremont’s STEM-focused Harvey Mudd College, nearly half of the 800 students are women. The percentage holds for computer science. But it wasn’t always that way. Back in 2004, only about one-tenth of computer science students were women.

Harvey Mudd Assistant Professor Colleen Lewis was at CSULB Monday to share tips on how to create inclusive classrooms where students with a broad array of characteristics feel comfortable. “As an educator, I want to understand and optimize learning,” she said.

The No. 1 tip Lewis shared: Highlight the breadth of the field so students will come across something that interests them and see a place for themselves. For example, in intro computer science classes, faculty might use a Fractal Fruit Tree or Smiley Face Recognition System to increase student engagement.   END_OF_DOCUMENT_TOKEN_TO_BE_REPLACED 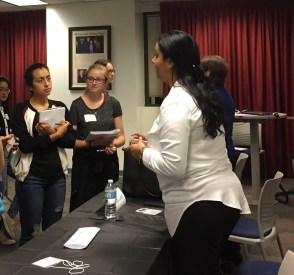 “Women are underrepresented (in STEM) most of the time and it creates some difficulties and challenges,” said Melissa Norrbom, CSULB Student Life and Development Coordinator, adding that the series’ goal is “creating a network of women on campus to make women feel comfortable and figure out how to support them.” END_OF_DOCUMENT_TOKEN_TO_BE_REPLACED 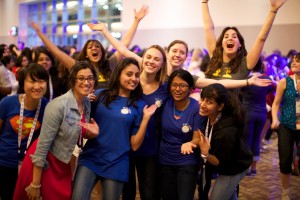 There will be hundreds of women in computing at the annual Grace Hopper Celebration this month in Houston. And two will be from the CSULB College of Engineering’s Computer Engineering and Computer Science Department.

Assistant Professor Birgit Penzenstadler is delivering a lightning talk on “Designing Future Software for Sustainability: The Karlskrona Manifesto.” Her Thelma Estrin Award from the Anita Borg Institute is funding her conference participation. Penzenstadler, the only faculty to receive a full scholarship for interdisciplinary research, will be accompanied by computer science senior Elena Caceres, whose participation is being sponsored by Palantir Technologies. END_OF_DOCUMENT_TOKEN_TO_BE_REPLACED