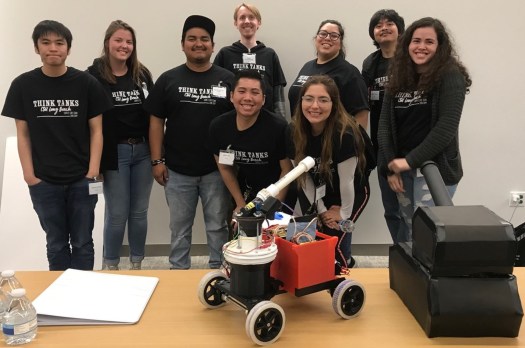 On its first run, the Tank refused to operate. But on its second run, after some tinkering and troubleshooting, California State University Long Beach’s entry in the Chem-E Car competition sped off, stopping within 2.24 meters of its 17.2-meter goal and landing CSULB a first-place win.

“We knew we were close,” said team co-captain Anthony Reyes, adding that the team erupted in shrieks of enthusiasm when it was announced they beat out competitors at the AIChE Western Regional Conference at the University of Southern California earlier this month. END_OF_DOCUMENT_TOKEN_TO_BE_REPLACED