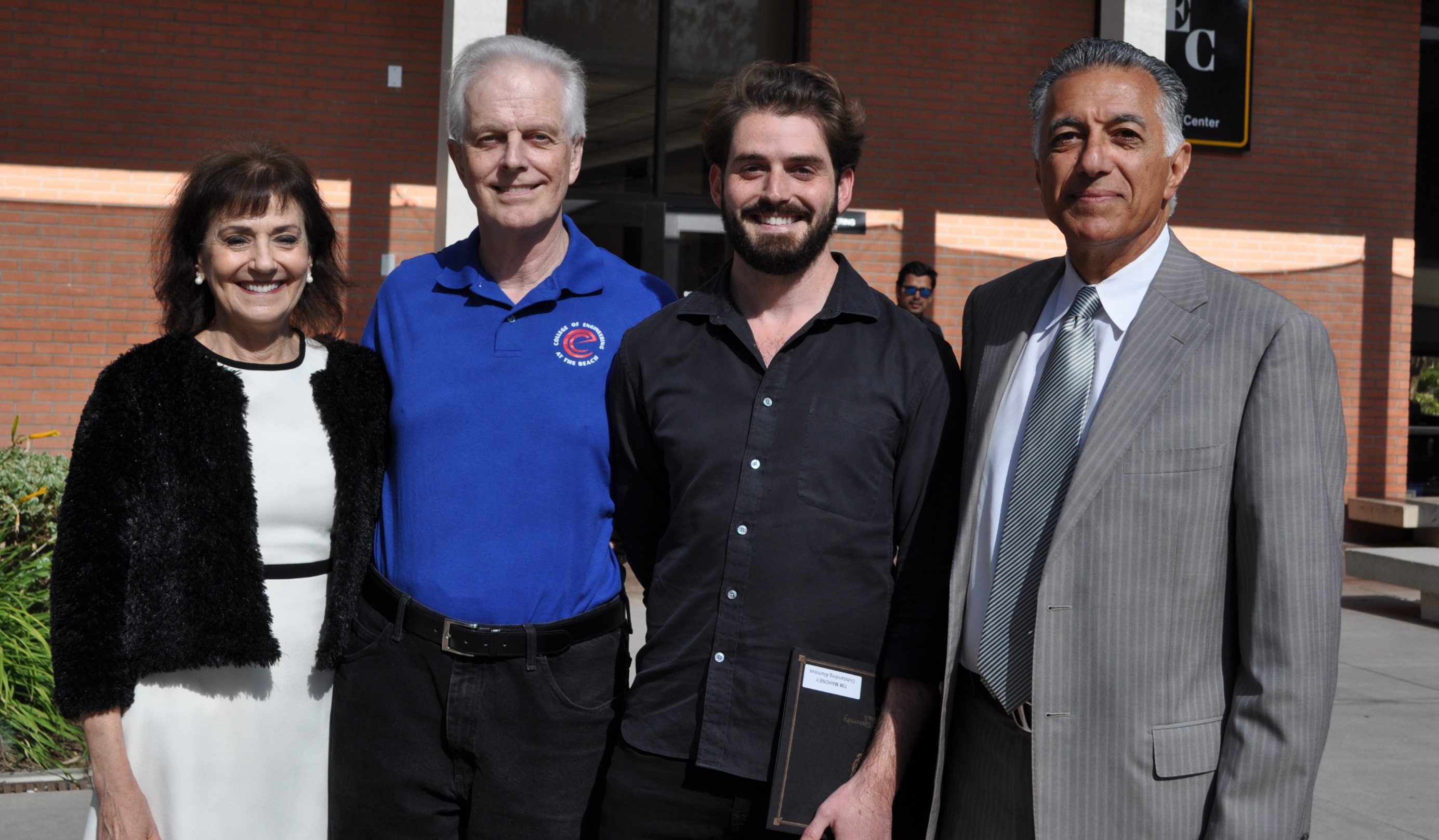 Dean Forouzan Golshani advised graduates to find their passion—and stay in touch with faculty. “I’m so glad we’re here to celebrate your success,” he said. “You overcame obstacles. You pulled through and you’re here.”

Nicolas Mallory, who is interning at Southern California Edison, received the Outstanding BS Student Award for computer engineering. Professor Michael Chelian said Mallory’s appetite for projects was nearly insatiable. “He would finish all his projects by the middle of the semester and pester his professors for more,” said Professor Tom Johnson, acting CECS chair.

Neha Tyagi, who competed her master’s degree in computer science, received the Graduate Dean’s List Award. And Nicholas Miller, who holds an undergraduate degree in linguistics, received the Outstanding Thesis Award for his paper “Benchmarks for Evaluating Anomaly-based Intrusion Detection Solutions.” Amazon caught wind of the application Miller developed, and now Miller will be moving to Denver to work for the online retailer.

Associate Dean of Academic Affairs Tracy Maples urged the graduates to stay in touch with faculty. “You’re going to remember your faculty,” she said. “After all, Tim remembered who gave him a B.”