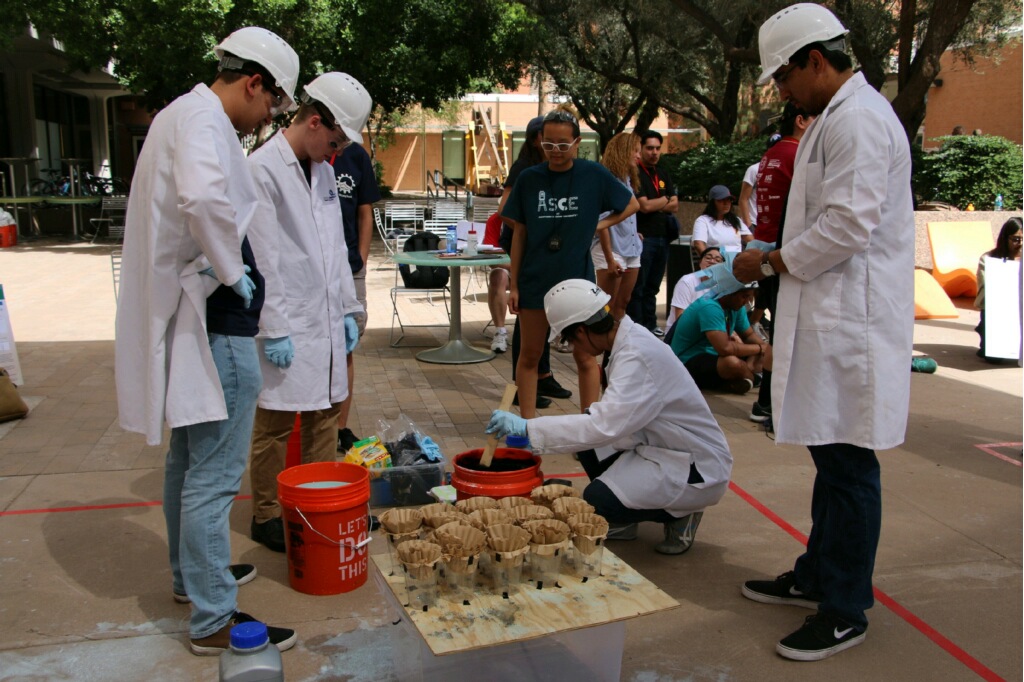 “I wasn’t sure how we would do at first,” said Anesia Canty, Environmental Team Captain and president of the CSULB chapter of Engineers for a Sustainable World. “Last year, UCI, Cal Poly San Luis Obispo, and CSU Fullerton got the top spots, so I knew we had to be at their level to place.”

This was the second year that Canty and team members Carlos Coria and Jorge Perez had attended the ASCE event. The other seven team members—Marvie Baconawa, Teresa Cabaluna, Danny Duong, Manny Martinez, Eric Mazzella, Aaron Seymour, and Kosta Tzavaras—were new to the competition.

“I was so proud of them,” Asvapathanagul said of the students. “I saw them working very hard in the lab at least eight hours per week since the first week of January. They had a great plan. Their work was done a week or two before the deadline.”

A last-minute rule change right before the report had to be submitted represented a challenge, but the team overcame it.

Last year, the CSULB team placed eighth in the Environmental Competition. Canty said that based on how early her team started and how hard it worked, she was aiming for one of the top three spots. Because there were four rounds, it was hard for teams to see other schools’ systems. But she noticed that the University of Southern California team, which was right next to the CSULB team, had a good system.

The CSULB team was all nerves when their Arizona State University hosts began reading results for the Environmental Competition. “There was a big chemistry mistake I had made during the construction part of the competition, so I thought we might have been fourth or fifth place instead of in the top three,” said Canty.

“Then there was a dramatic pause and California State University, Long Beach appeared beautifully on the overhead screens,” she said. “I was a little shocked that we beat the Cal Polys, a little not shocked because of all the tedious work I made my team do, and really happy when all 60 CSULB students were shouting and clapping and jumping for me to go get my team’s award.”

Canty said she’s glad their work paid off. And she said team members are also happy to have their weekends back to catch up on the studying time and grades they sacrificed.