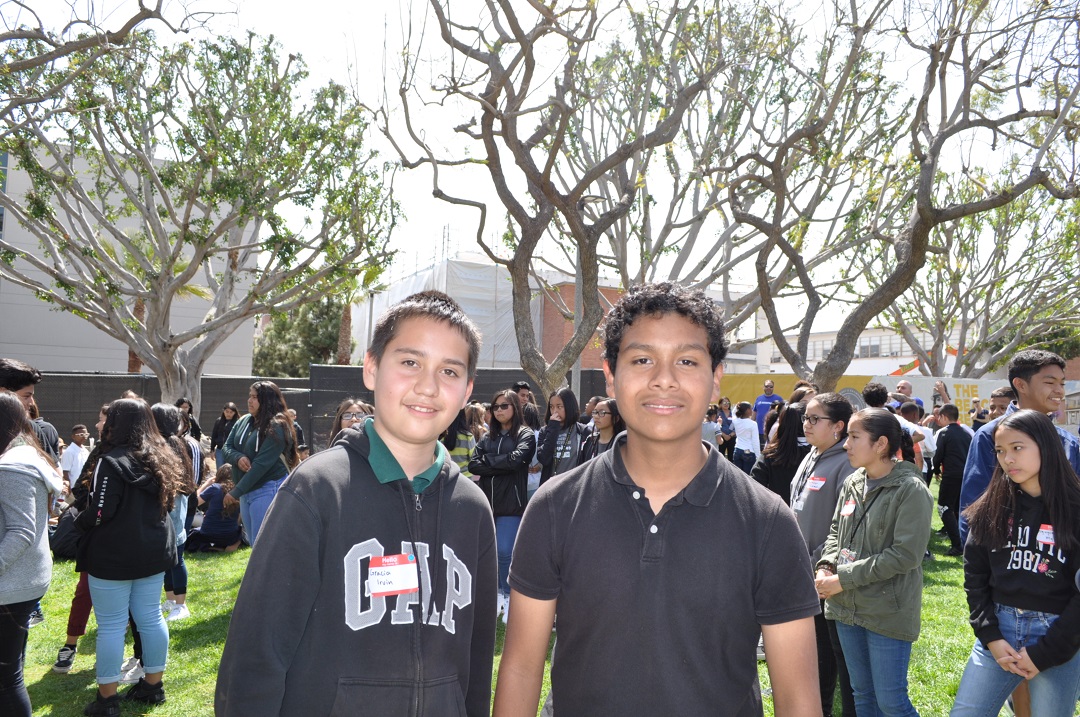 The Aerospace Corp. sent a large contingent of employees to lead workshops, serve on panels, and usher students between events. James Liau, a systems director at the Aerospace Corp., said he didn’t even know what engineering was back when he was in middle school. Since then, he’s learned that “engineering and science is actually everywhere.”

At the Aerospace Corp., where he’s worked for two decades, Liau helps the Air Force launch satellites into space. “Think about what you can achieve. It’s not too early to begin thinking about it,” he said.

Sergio Vazquez warned students that by the time they get to college, many of today’s jobs will already be gone. But although manufacturing jobs will have disappeared, engineering jobs will remain.

CSULB civil engineering alumni Sandra Labib worked as a project manager at Disney for five years before recently moving to Southern California Edison. “The important thing to take away from this awesome event is that an engineering degree has endless opportunities,” she said. “With an engineering degree, you can do just about anything.”

Engineering Dean Forouzan Golshani echoed that, adding that the field is in need of women and members of other underrepresented groups. “Engineering is a great field,” he said. “Make sure you learn what science, math, and engineering can do for you.”