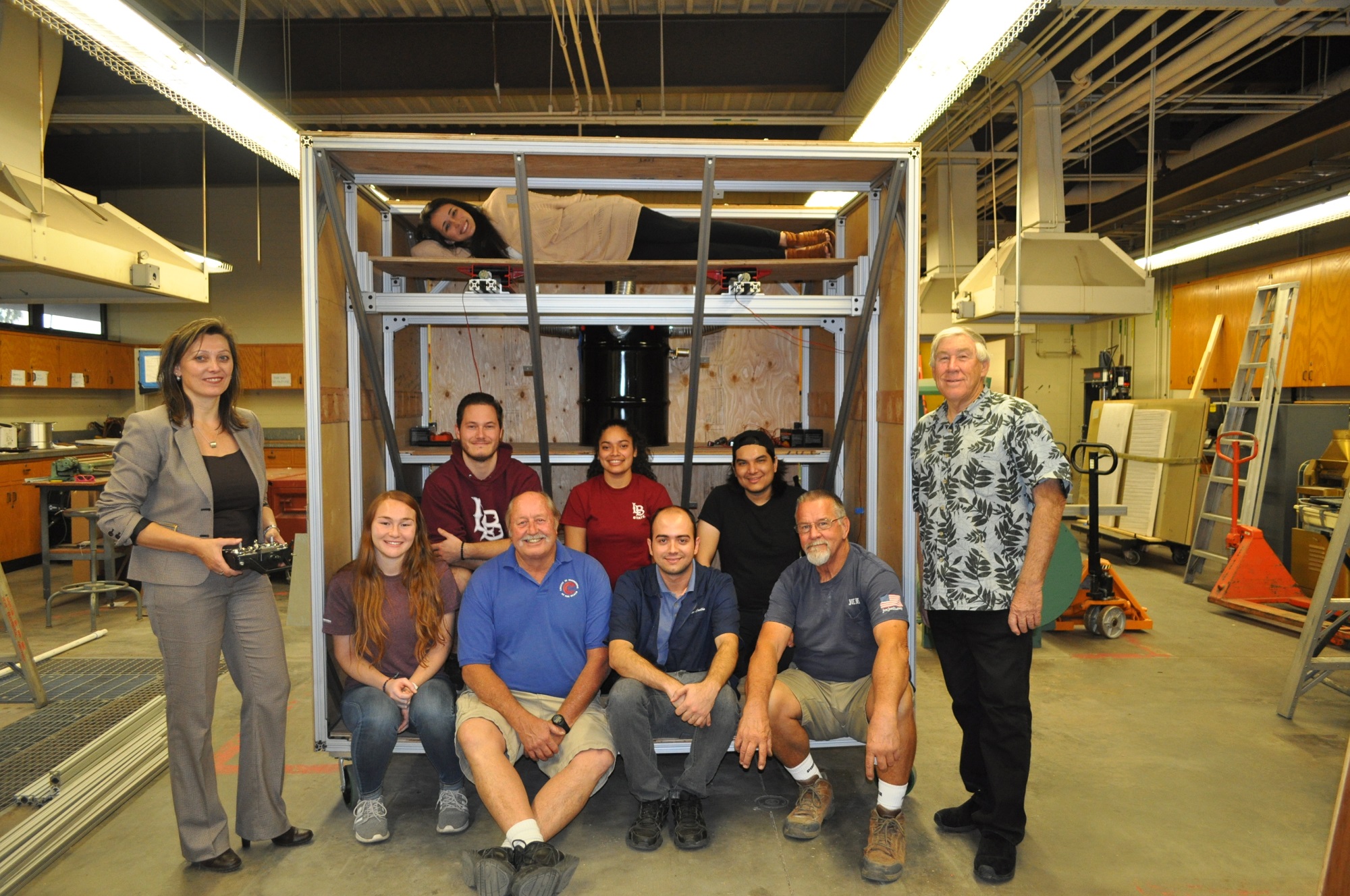 Each year, Long Beach Ballet Artistic Director David Wilcox tries to add some new crowd pleaser to his production of “The Nutcracker”—be it a flying sleigh, a white stallion, on-stage pyrotechnics, or a tree growing before your eyes.

This year, for the company’s 35th annual production of the popular Christmas classic, the extra pizzazz will be supplied by a box created by a team of students led by Long Beach State Mechanical Engineering Associate Professor Chris Beyer.

But it’s not just any old box. This 7-foot cube is remote-controlled, produces clouds of steam, and is mechanized to let the Nutcracker prince pop from the top at just the right moment.

The story of the box began when Computer Engineering Lecturer Bob Ward approached Wilcox two years ago and asked him if there was anything he needed. Wilcox had an immediate need for strobe shades, which Ward built. But there was another idea Wilcox had been toying with—a high-tech version of the human-powered box they’d used for decades.

Ward organized it as a senior design project for Computer Engineering and Mechanical Engineering students. “It was a bigger project than everyone thought,” said Ward, now retired.

The first batch of students graduated without getting the box stage-ready. Enter Beyer, who organized a new student team which began work in October. Coincidentally, Beyer has a love of dance and pursued ballet before branching out into mechanical engineering.

“I think it helped get her enthused about it,” said Wilcox. “If it weren’t for Chris, it wouldn’t have happened.”

“It was a way to take all the theoretical things we’ve learned and apply them in a practical way. This project was perfect for that,” said Cecil.

Jackson called it “a great learning experience,” saying the biggest challenge was “making it actually work.”

One challenge was machining and wiring the box’s two drive wheels. The students said they frequently had to design on the fly to resolve unforeseen complications. Walsh said the biggest challenges were the 1-ton box’s size, the design constraints, and the unusual volume created by a diagonal mirror. “I’ve been working on this for two years,” she said. “I’m very excited to see it’s close to completion.”

Walsh and Jackson agreed that each component of the box could be its own senior design project.

Wilcox and two Long Beach Ballet carpenters came to the Engineering Technology building Wednesday to prepare the box for its trek to the Terrace Theater. Before the box left on its cross-town journey, three installers from Paul’s Glass in Long Beach arrived to add the mirror. Then College of Engineering Equipment Technician Joe Wardell forklifted it from ET into the waiting truck, where it fit perfectly.

For team members, it was bittersweet. “I think I’m going to miss that box,” joked Beyer. She and the team will, however, be attending one of the performances to see how their creation does on stage.

Performances of Long Beach Ballet’s 35th annual production of The Nutcracker will take place on Dec. 16 and 17 and Dec. 22-23, and 24. For more information, visit http://longbeachnutcracker.com.