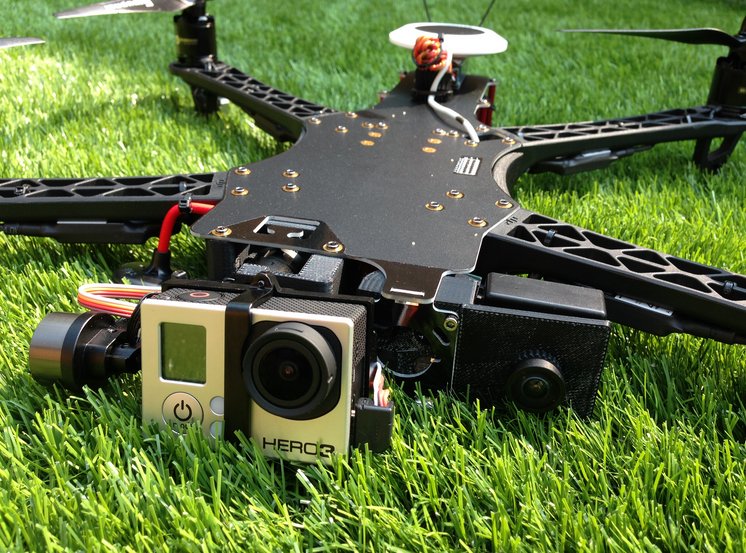 K2 Unmanned CEO Jason Kamdar envisions explosive growth for the drone industry, as technological hurdles are passed and new applications developed. “It’s the dot-com boom all over again,” he said. “Right now, there are limitless opportunities for drones.”

Unmanned drones have many advantages over aircraft flown by human pilots. They are less expensive, portable, and can fly in all weather conditions. They don’t require human pilots to be put at risk. One thing that currently limits drone range is the 30 minutes of battery life that Kamdar says is standard in the industry. To combat the short battery life, K2 uses a generator with eight charging stations on its missions.

The six-employee company is based in Huntington Beach. Besides building prototype drones, K2 conducts drone training and offers flight operations services. Many emergency responders are among its customers.

K2, which delivered a presentation to students in the College of Engineering Wednesday, is a subsidiary of the 400-employee San Diego firm Affordable Engineering Services. The company has produced three drone models. The Guardian is a six-rotor multi-purpose device with a 2-pound payload capacity. A 2-pound payload is enough to carry a flashlight, water, a thermal blanket, and an MRE ration to someone stranded in a remote area.

The fixed-wing Phoenix is long range, but has limited payload capacity. And the Bullfrog is bulky, but fully waterproofed and marinized. It can be taken into the ocean to assist with whale reconnaissance or search-and-rescue missions.

The training side of the business has been growing since the U.S. Federal Aviation Administration passed the Part 107 Rule, which requires the person operating a drone for commercial use or public service to have an FAA Remote Pilot Certificate with a small UAS rating, or be directly supervised by someone with such a certificate. K2’s training academy provides support in passing the FAA exam.

Kamdar said the company is seeking mechanical or computer engineering students interested in internship opportunities. In particular, K2 has an immediate need for an embedded Linux developer. “Were looking for bright, creative minds. That’s what we need for emerging technology,” he said.