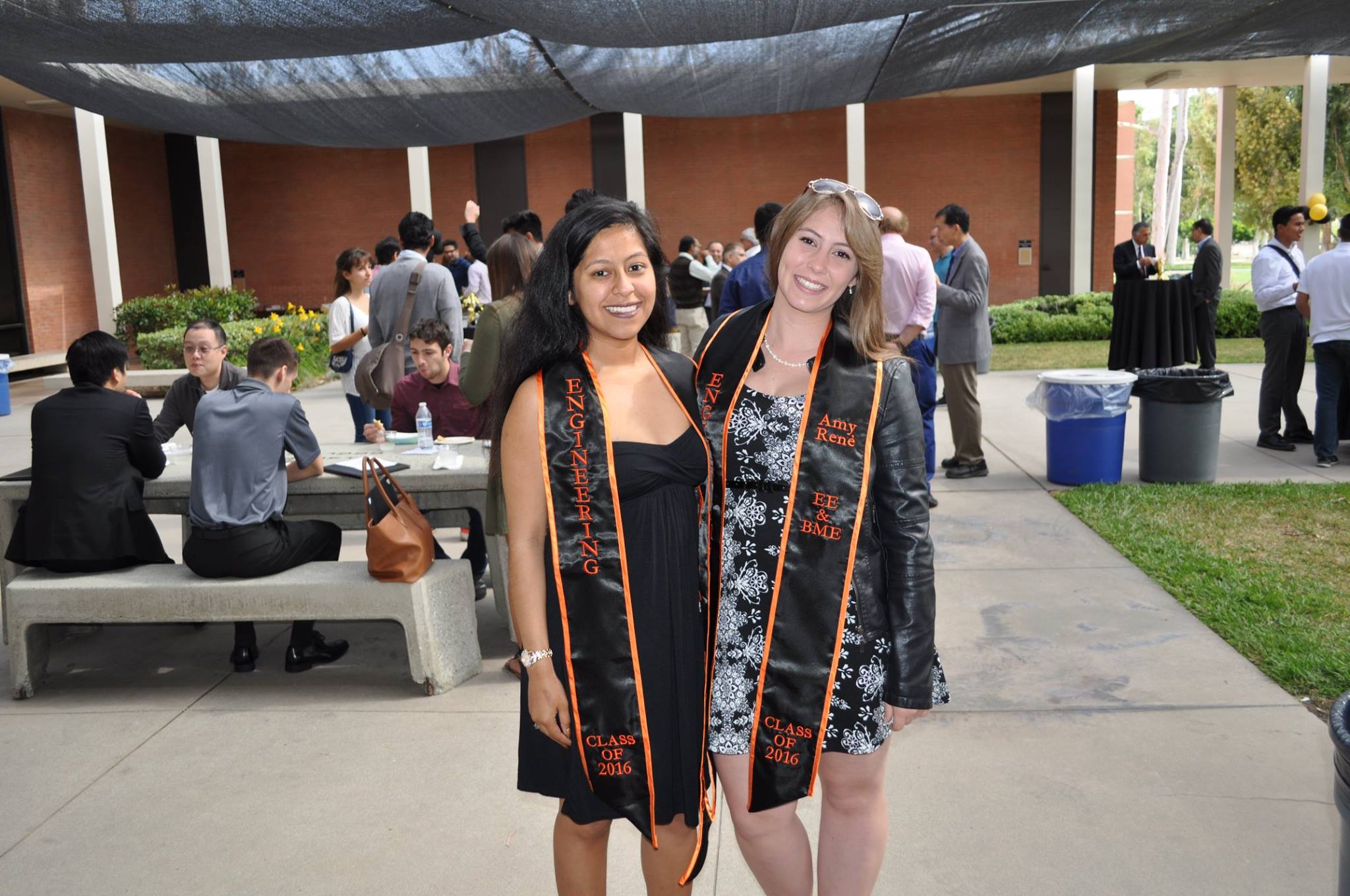 The CSULB Electrical Engineering Department on Monday celebrated its 2016 graduates with an awards ceremony and celebration.

EE Chair Anastasios Chassiakos awarded the Distinguished Alumnus Award to BSEE graduate Jose Cartagena, manager of project engineering at Disneyland. “Jose is very accomplished,” said Chassiakos. “He started as an intern at Disneyland and stayed and rose through the ranks.

A member of the CSULB Electrical Engineering Advisory and Development Committee for 15 years, Cartagena was the recipient of Great Minds in STEM’s 2015 Hispanic Engineer National Achievement Awards Corp.’s Luminary Award. He was recognized for his commitment to community service, including volunteering to support the Salvadoran community in Los Angeles, where he encourages youth to get their education in STEM.

Cartagena said it’s important to remain engaged. “Getting involved is very important—dong what’s right for you, your community, and your company,” he said.

Awards for academic achievement were handed out to:

Chassiakos said the academic, research, and leadership awards represent three aspects of a balanced engineer. “You cannot be an integrated person if you only focus on one,” he said.

The department graduations were created to give graduating students a chance to say goodbye to faculty. Dean Forouzan Golshani said when he speaks with alumni, the most common question is: “How’s Professor So-and-So?” While grads may not remember the Super Bowl MVP from a decade ago, almost all remember the names of their professors.

Interim Associate Dean Tracy Maples said she still keeps in touch with college colleagues and faculty, even though it’s been decades since she graduated. She invited students to stay in touch via Facebook, Twitter, and the CSULB LinkedIn group. “Tell us all about the good things you’re doing,” she said.