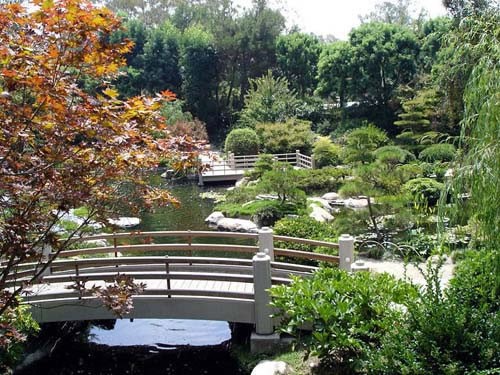 Dedicated in April 1981, the garden was built through the generosity of Mrs. Loraine Miller Collins. The contribution was made in memory of her late husband, Earl Burns Miller, for whom the 1.3 acre plot is named.

-"I have a dream for this garden. When a person is tired, or anxious, or in a quest of beauty, may they enter and come forth refreshed to meet the problems of the day. There will be music of the wind through the pines, music from the waterfalls and the birds. There will be serenity as you walk around the lake, and joy, I hope, in the beauty of the reflections in that lake. There will be iris and azaleas in the Spring. Flowering magnolia in Summer. In the Fall, chrysanthemums and the gold of the liquid amber trees. There will be strength and solidity in the rocks and the wooden bridges. And, of course, there will be bamboo, a favorite wood of the Japanese because it is so useful and beautiful. There is an old proverb that says, 'Bamboo bends but never breaks.' It is my hope that as you leave your tour of the garden, you will find in your heart that proverb, and the day will be filled with joy." – Loraine Miller Collins 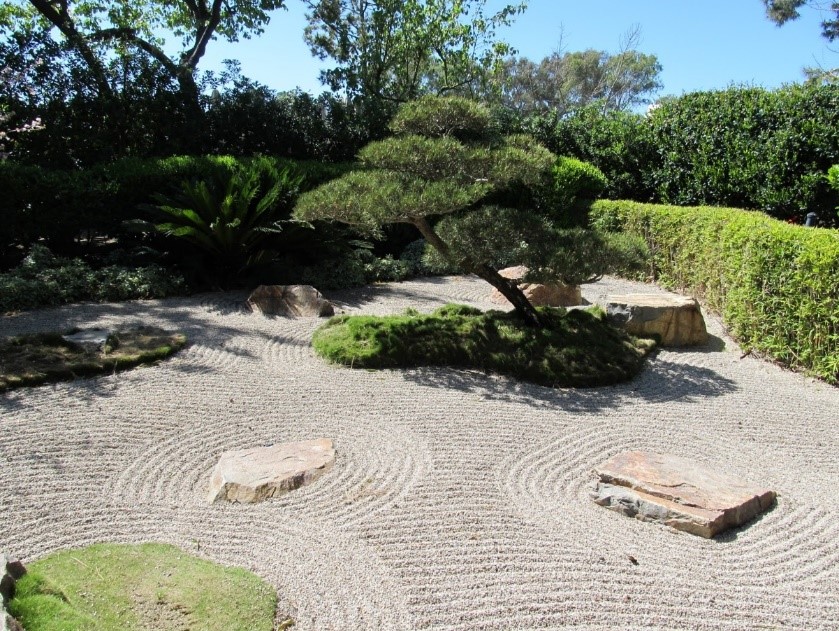 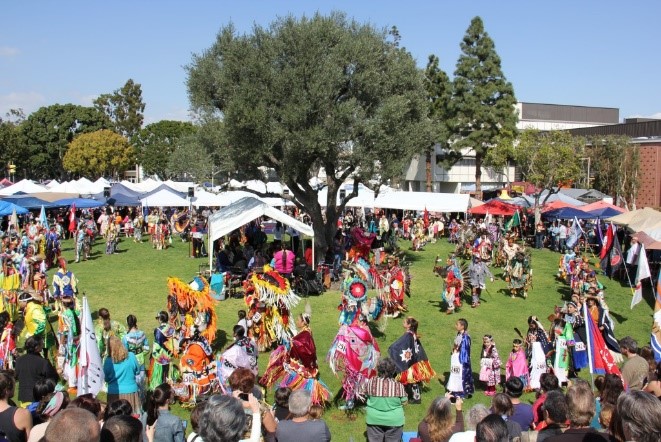 Cal State University, Long Beach stands in the sacred land of Puvungna, once inhabited by the Tongva people. Puvungna is the birth place of the Prophet Chungichnish, the lawgiver and God of the Native Americans whom he use to teach.  Every year during the spring the Native American community celebrates their annual Pow Wow which consists of arts and craft, dancing, food and more. The celebration is one of the biggest of its kind in Southern California and even though the presence of the Native America community is well established here at Cal State University, Long Beach, Native Americans continue to struggle to preserve their sacred land from further development. 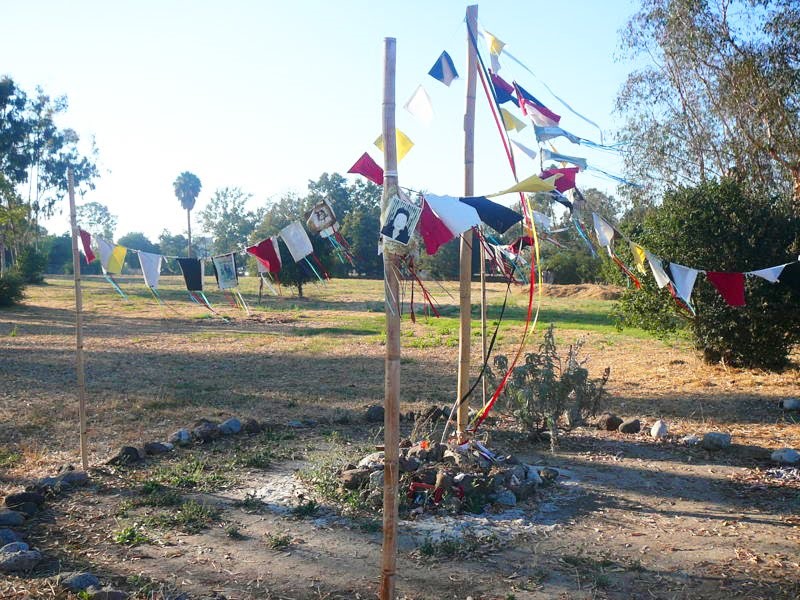 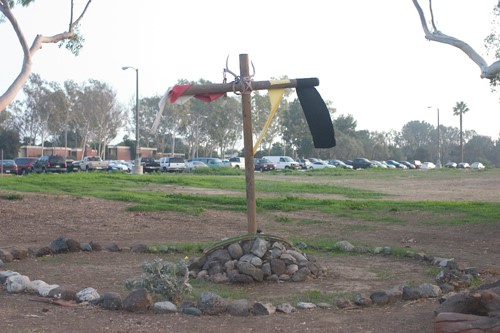 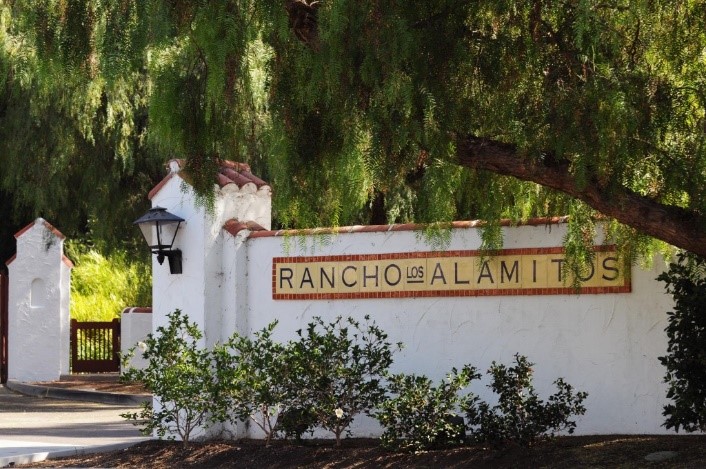 Rancho Los Alamitos is an important part of Long Beach history that plays a vital role in California’s legacy. In 1790 under the Spanish Crown, Manuel Nieto was given 300,000 acres of land for his service on the Gaspar Portola expedition. The land however, has always been sacred to the Tongva people whom have resided prior to the new comers. The land is known as Puvungna. Throughout the decades, the land had various owners. Once used as a farm, the land has dramatically changed throughout the years to what is now Long Beach. In 1968, the last private owners donated the remaining piece of land to the City of Long Beach and can now be enjoyed near Cal State Long Beach by all.

On a shady hilltop sits Rancho Los Alamitos, an incomparable landscape that tells a tale of Southern California history spanning centuries. The native Gabrielino/Tongva people of the Los Angeles Basin call this land Povuu’ngna, the sacred village where, in traditional belief, the ancestors first emerged and gathered for ceremony and trade. Twice listed on the National Register of Historic Places, today’s 7.5-acre site is an unsurpassed oasis in time with an adobe-core Ranch House, the lush Gardens and Barns Area of the early 20th century are impeccably preserved and restored. Rancho Los Alamitos is a place for all time, revealing the culture and ecology of the region past to present.

The Rancho has been home to many since Povuu’ngna, the scared home of the native people. The early Spanish called the village a “rancheria,” where perhaps two hundred people lived with twenty-five to fifty homes. In the Spanish era between 1804-1833, the Nieto family built a four-room adobe on the hilltop for their vaqueros and help. The adobe-core Ranch House evolved over two centuries. Beginning in 1842, owner Abel Stearns brought his New England traditions to the adobe, adding wood floors and siding, gabled roofs, and a north wing bunk house. When John and Susan Bixby moved on site in 1878, they transformed the adobe’s crumbling remains into a beautiful Victorian home.

The four-acre gardens at The Rancho inspire and delight all who meander through their walkways and paths to discover the exotic and native flora and fauna within. Working with pre-eminent landscape designers, including the celebrated Olmsted Brothers, owner Florence Bixby created a series of “outdoor rooms” around the hilltop during the 1920’s and 30’s away from the dusty, noisy working ranch. Relying on the fresh water below the hill and the family’s oil revenue, Florence’s tranquil gardens grew, and today have been restored to reflect her vision.

By the early 20th century, the 3,600-acre Alamitos ranch was an urban anomaly fueled with revenue from oil, but it all ended mid-century. Today the recent acclaimed restoration of the Barns Area brings back the landscape of the early 20th century working ranch. The Barns area is smaller than originally, but still plenty big enough to walk back in time to the sights, sounds and smells of the ranch. The Blacksmith’s Shop is functioning, and the barns, corrals, duck pond and rabbit hutches are teaming with life. From chickens, ducks, rabbits, goats, and sheep, to the one-ton draft horses, the pride of Alamitos, the ranch animals are home again. 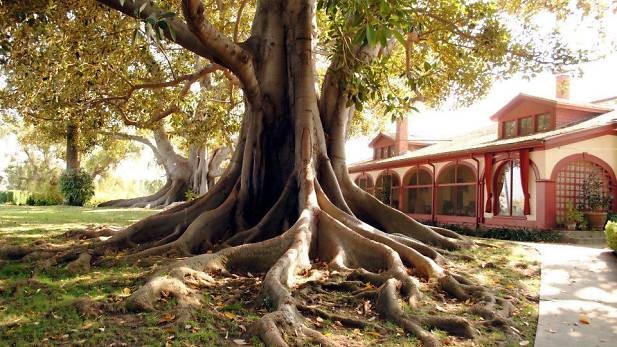 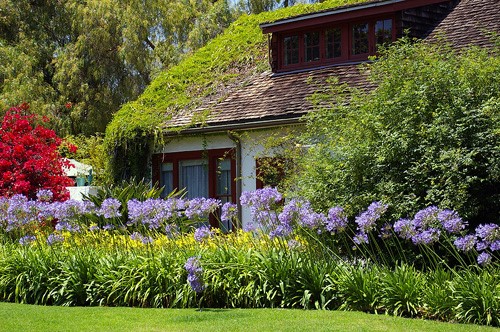