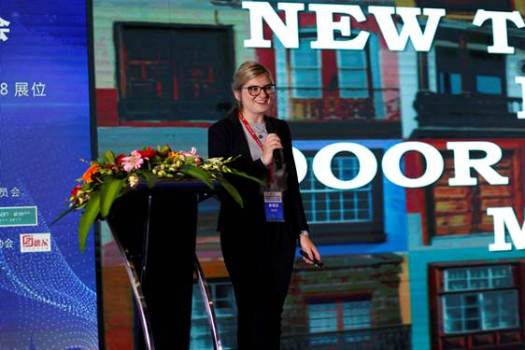 Participating in student competitions can land you a first-place prize. But for Construction Engineering Management senior Chantal Contreras, it landed her in China.

Contreras took over as president of the CSULB chapter of National Association of Home Builders in the spring of 2017, and set to work trying to boost membership and raise funds for events and travel to competitions. “It was really hard to get things started up,” she said.

The chapter managed to send Contreras and five other students to Orlando to attend the International Builders Show, the largest light construction building industry tradeshow in the United States.

It was the first time in a decade that CSULB had sent a team to the competition. Unlike other teams, their group was small and not accompanied by faculty, industry mentors, or sponsors. The team didn’t place, but Contreras said they all learned a lot.

The competition required teams to design a tract home development in Okemos, Mich. The 96-page report the team turned in—the product of many long nights in the NAHB club office in VEC—included an analysis of the area and target market, as well as the schedule, estimate, and floor plans. “We did a lot of research,” Contreras said.

They sat in on other presentations and walked the tradeshow floor. For some students, it was their first time flying on a plane. Contreras, who has traveled widely and spent part of her childhood in France, led the way.

“There are a lot of great opportunities when you go there,” she said.

Shortly after that, Contreras was contacted through her LinkedIn page to write an article about NAHB for Construction Global Magazine. The article was also picked up by another trade publication, Business Chief Magazine.

Not long after that, she was invited to speak about new technologies in residential doors and windows at the 2018 CDW China (Chongqing) International Door and Window Exhibition. “They found me on LinkedIn too,” she said.

“It was a really cool experience. I talked about windows that you can control from your smart phone—for instance,  that measure CO2 and humidity levels in your house,” a product that she had seen at the International Builders Show.

Contreras said she enjoyed speaking at the China tradeshow, and was invited to return next year. 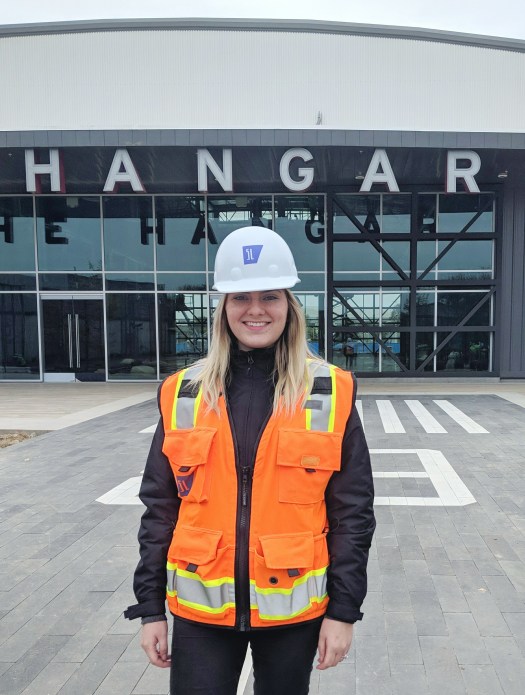 Contreras was planning to specialize in residential construction. But her interest in commercial was sparked by being assigned to a commercial project while an intern at general contractor Snyder Langston. Contreras worked from start to finish on the Long Beach Exchange, a 266,000-square-foot project in the Douglas Planned Development on Lakewood Boulevard that includes tenants such as Nordstrom Rack, Whole Foods, and PetSmart.

When she visits the Long Beach Exchange, she imagines people having their first dates or shopping for groceries to make dinner. “I feel like I made a small impact in their life,” she said.

She also volunteers with a non-profit that goes to Tijuana to build houses for underprivileged families on the weekend. “It’s meaningful to build a home for somebody where they can go and be themselves and relax and feel safe and comfortable. For me to be able to give that to somebody is very rewarding. This is your home. This is where you’re going to raise your family. I’m touching people,” she said.

She works full time at Snyder Langston as a project engineer and is assigned to work on the Los Angeles Premium Outlets project in Carson, which is scheduled to open in 2021.

Contreras thanks her husband Rick, who works for an e-commerce company, for encouraging her to take the China speaking engagement—and for setting up her LinkedIn page. She credits watching her father renovate houses for her interest in construction.  “He made it look so easy, and I said, ‘Hey, I want to do that,’” she said.

Contreras is set to graduate at the end of this semester.