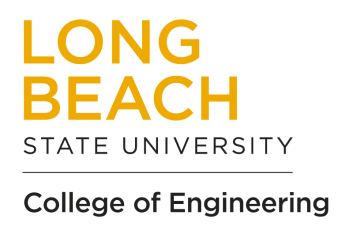 Joseph Kalman hails from the Combustion Science and Propulsion Research Branch at the Naval Air Warfare Center Weapons Division in China Lake, where he has worked since earning his Ph.D. in Mechanical Engineering from the University of Illinois at Urbana-Champaign in 2014.

Kalman will join the Mechanical & Aerospace Engineering Department as an Assistant Professor. His research focuses on combustion of solid fuels and energetic materials (solid composite propellants) for propulsion and defense applications with an emphasis on non-intrusive diagnostic. His work seeks to understand the underlying physics and chemistry of how these materials ignite, decompose, and deflagrate.

Sara Moghtadernejad will join the CSULB Department of Chemical Engineering as an Assistant Professor in Fall 2018. She obtained her Ph.D. in Mechanical Engineering from Concordia University in 2014. Following her Ph.D., she researched as a postdoctoral fellow at Biomimetic Surface Engineering Lab at McGill University.

In 2016, she Joined Rutgers University as a postdoctoral associate and a lecturer, where she continued her research at NSF Engineering Research Center on Structured Organic Particulate Systems (CSOPS) until the end of summer 2018. Her research focuses on fluid dynamics, micro/nano fluid systems, transport phenomena, heat transfer and thermodynamics, surface engineering, and pharmaceutical manufacturing

His research focuses on applying data-driven frameworks to solve interdisciplinary questions and problems. He is interested in machine learning, data science, bioinformatics, and algorithms. During his graduate tenure, he conducted research in algorithms and machine learning with a focus on biological and medical data analysis. He has been involved in a project funded by NSF to analyze biological information from DNA sequences, and has participated in a project to use medical images to predict the probability of a disease.

Jelena Trajkovic will also join the CSULB Department of Computer Science and Computer Engineering as an Assistant Professor. She earned her Ph.D. in Information & Computer Sciences from the University of California Irvine in 2009.

She worked as a postdoctoral researcher at Ecole Polytechnique de Montreal from 2010-2012, and as an Assistant Professor at Concordia University from 2012-2018. Her research focus is modeling and optimization of heterogeneous 3D MPSoC architectures, focusing on integration of optical networks-on-chip (ONoC).