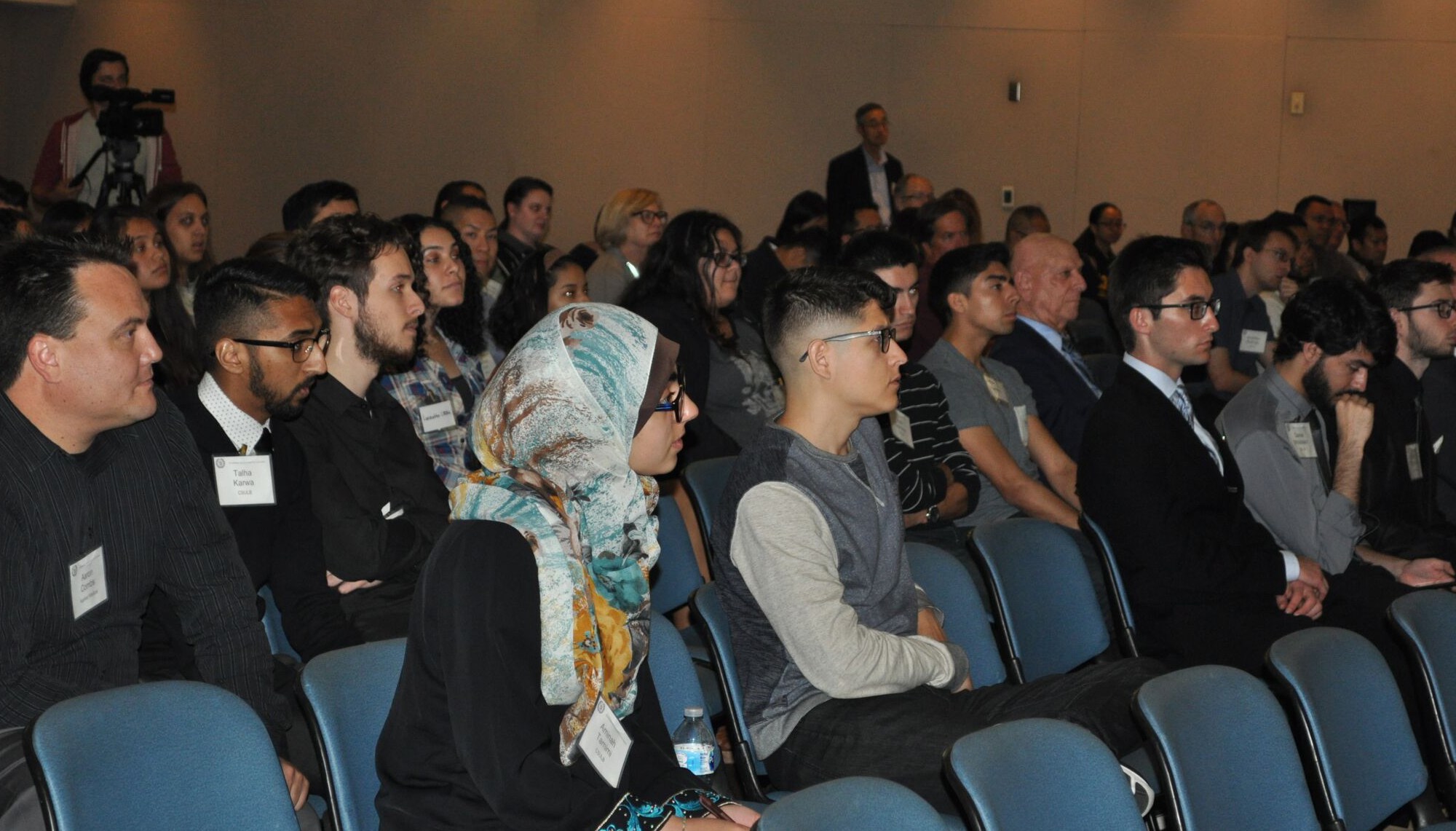 At Thursday’s Fall Engineering Distinguished Lecture, representatives from all three industries shared how automation is changing the world—and the workforce.

“This is one of those topics that is very pertinent—automation, robotics, artificial intelligence—all the things we live with today,” said moderator Rolando Saldana, vice president of engineering at Qualcomm. “Going forward, we’re also seeing that industry is moving forward with automation. And these (speakers) are the folks who are putting together the systems.”

Before the U.S. Army ushered in the era of “containerization” with its 1970s development of standard shipping containers, workers unloaded ships manually, a process that could take more than a week. With containers, cranes can unload ships in just days. But workplace safety is a concern.

“Today in conventional terminals, safety is an issue,” said Vermeer, who is working on automation at the Port of Long Beach. “You have people, heavy machinery, and heavy loads. Man and machine are mixed and that is dangerous.”

With automation comes less demand for workers with manual skills and more demand for software developers with knowledge of process automation and algorithms, said Vermeer. Crane drivers have morphed into process operators remotely monitoring cranes from a safe office environment. “Man and machine are separated, so you reduce the chance of accidents,” he said.

At Santa Margarita-based Applied Medical, automation is fueling faster company growth and expanded learning opportunities for employees, said Nicholas Wilde, director of automation design. “We’re growing very rapidly and automation allows us to do this; we can produce more with the same number of team members,” he said.

Wilde said no one at the company has lost their job due to automation. When one product line is automated, team members can either work on a line that hasn’t been automated yet or can transition to a more technical role. “We really believe in developing our team members,” said Wilde. “It’s really crucial we keep the manufacturing here and we do that through automation.”

Because aircraft are complex, it’s taking more time to develop standard processes for automated manufacturing, said Rudy Duran, director of engineering at Boeing Commercial Airplanes’ Southern California Design Center. However, one area poised to take off is autonomous aircraft. Duran views development of autonomous aircraft as an inflection point akin to development of jet engines in the 1950s and computerization in the 1960s and 70s. “We will create new transportation methods that we’ve yet to imagine,” he said.

Regulators are still debating about whether pilotless commercial aircraft are safe, he said, but autonomous cargo planes will soon become a reality, driven, in part, by the looming pilot shortage.

The CSULB College of Engineering hosts the lecture twice yearly. Members of the Dean’s Advisory Council select the topics, which are generally aligned with the National Academy of Engineering Grand Challenges. For more information, visit http://www.csulb.edu/college-of-engineering/engineering-distinguished-lecture.