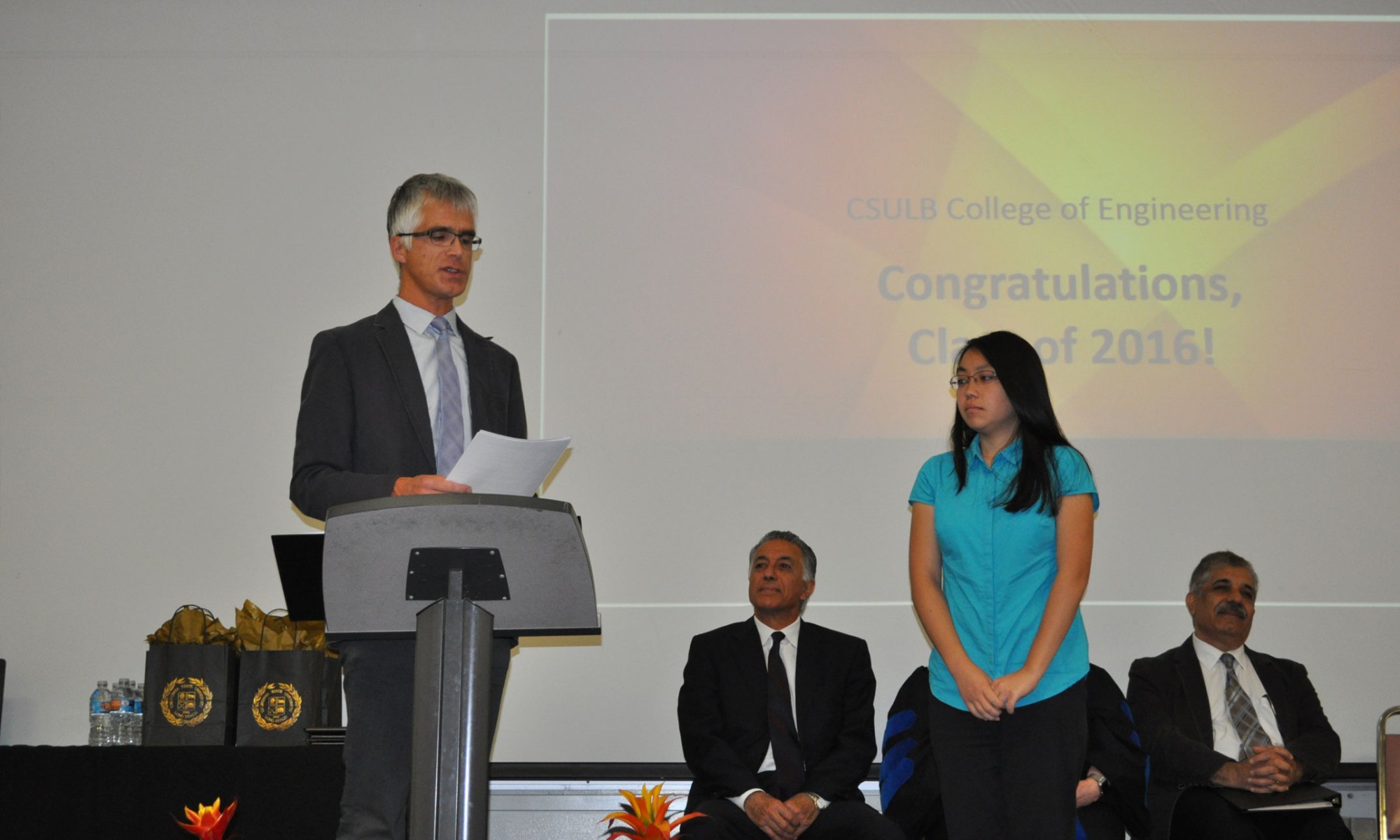 He emphasized the importance of learning new things and remaining current in a fast-changing field such as computer science and computer engineering.

Alumni Vatanak Vong, an application developer at Molina Healthcare, advised graduates to get used to continual change, keep learning, and be aware that there will be continual competition. Vong, who emigrated to the United States when he was 5 years old, was the first member of his family to earn a college degree.

Englert thanked department coordinators Robin Ikemi and Karyl Anthony, who he called “the heart and soul of the department.”

“We are here to celebrate your success,” said Dean Forouzan Golshani. “This is what it’s all about—preparing you for the next leg of your journey. What’s next is finding your passion. This is one thing Google is not going to be able to help you with.”

The event was an opportunity for graduates to mingle with faculty and fellow graduates. “You will remember those who touched your lives and those who put you on the right track,” Golshani told graduates. “We salute you not as our students anymore, but as our peers.”

Interim Associate Dean Tracy Maples echoed that, saying she still keeps in touch with college colleagues and faculty, even though it’s been decades since she graduated. She invited students to stay in touch via Facebook, Twitter, and the CSULB LinkedIn group. “Tell us all about the good things you’re doing,” she said.

During the event, the department also recognized student achievement with the following awards: